So where were we? In Hamley’s Toy Store in London. I have a soft spot for magicians there as many of my mentors and teachers originate in London. Not so much the people I learned great tricks from, but those who instructed me in HOW to perform and, more importantly, connect with other people through magic. It reminds me of a very strange story I read in the front of the book, ‘Mark Wilson’s Complete Course in Magic’.

Whilst this is an awesome book on becoming a magician and includes many many fundamental skills, I am terrified of how many young magicians may identify with his story in the opening.

The problem I have with it, is that it is basically a story of a socially awkward kid who made friends and became popular by doing magic. Then he stopped doing magic and his friends disappeared (pun intended). So he started to magic again and has never stopped. So it comes across that doing magic is ‘how to make friends’. At least that is one possible interpretation. Rather than connecting with others regardless of the magic.

This is probably counter to other magicians who may have had similar experiences. I’m in an odd place amongst the Perth Magician community. Well possibly the wider magician community as my interest in magic came a long time after ‘growing up’. So I’d already developed various social skills independent of magic and the magic was ultimately a way to give back to the community by entertaining in a very unique way that I could see brought people back to their sense of wonder and fun.

Anyway, back to Hamley’s. It was a few hours later and visiting friends in their apartment I promptly gave a terrible display of illusion with them immediately pointing out how I was doing the trick. I did, happily, redeem myself several years later when we met again in Perth and I happily  “blew their minds dude”. Either that or they were being polite.

So although that was my first attempt at magic it was far from the moment I decided to become a Magician in Perth. That decision actually happened on the other side of Australia… which is where the story will get to later.

BUT! Before that, I will share my first magic success which came only a few weeks after the initial apartment magic fail.

This is the romantic part of the story where, set against the dream like, starry night background of falling snow (can snow fall when it’s starry?), I proposed to my girlfriend in the little French town of Annecy. I’d made up a collage type book / box thing of our year together and on the last page was the proposal and a little box set into the book. On opening the box there was….

So a short magical performance (of about one second) ensued – including the magic lights – resulting in the ring being produced from her own jacket pocket. Probably unromantic in hindsight that she had to carry her own engagement ring around in her pocket all night… or did it get there by magic? I think we know the answer to that.

Yup. She just carried it around all night. Hey I wasn’t actually a magician back then!

But who really cares about the magic trick? She said YES!

(unfortunately, this means that whenever people ask me if magic is a good way to pick up girls, I have to answer “I have no idea as I was already engaged when I really got started!” – A terribly boring answer really. Perhaps I should make up some ridiculous stories.) 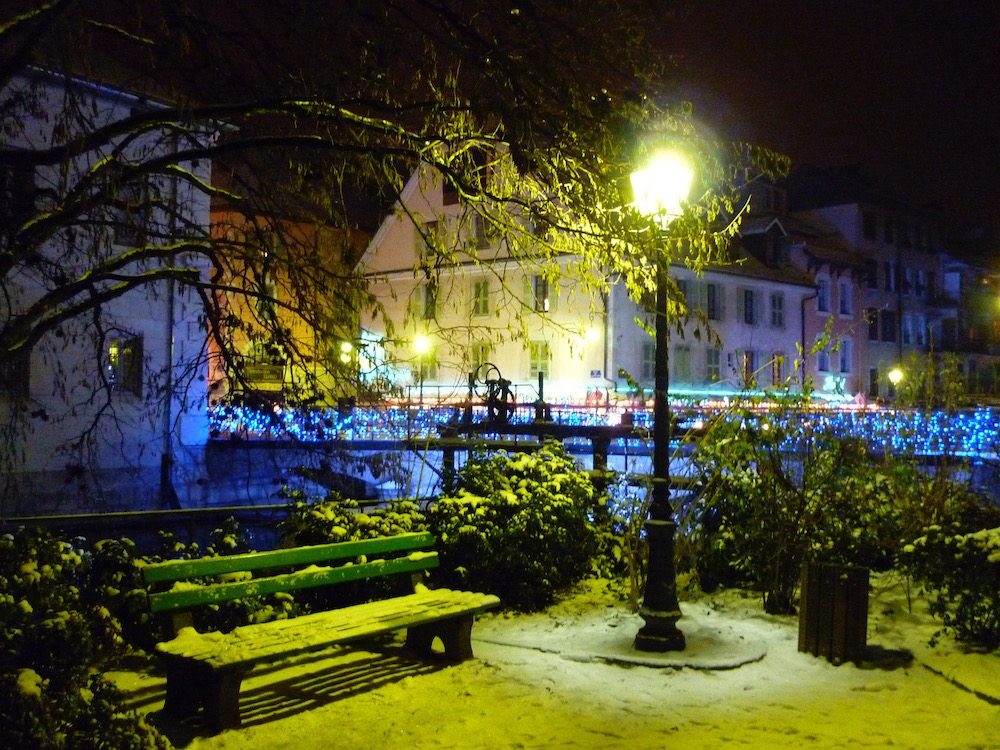